Here is a 2 column dataset – UserID in column A and Remarks in Column B.  This dataset basically tabulates the remarks/comments shared by different users.  Entries in the Remarks column are basically free flowing text entries which have the following inconsistencies/nuances: 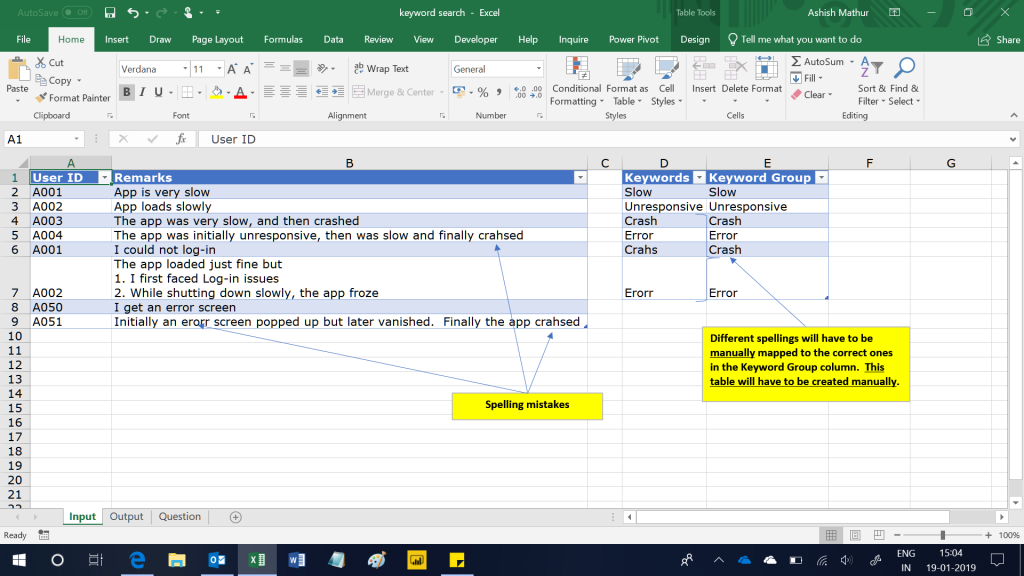 Given this dataset, one may want to “hunt” for specific “keyword Groups” (column E above) in each user remark cell and get meaningful insights.  Some questions which one would like to have answers to are: 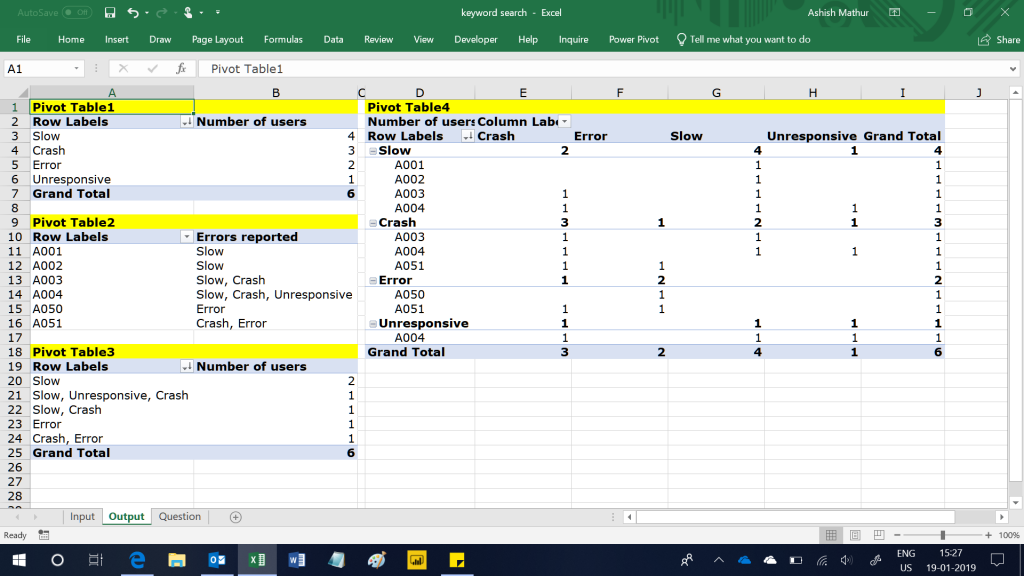 This was quite a formidable challenge to solve because of spelling mistakes and multiple keywords reported in each cell.  I have solved this problem with the help of Power Query and PowerPivot.  You may download my workbook from here.