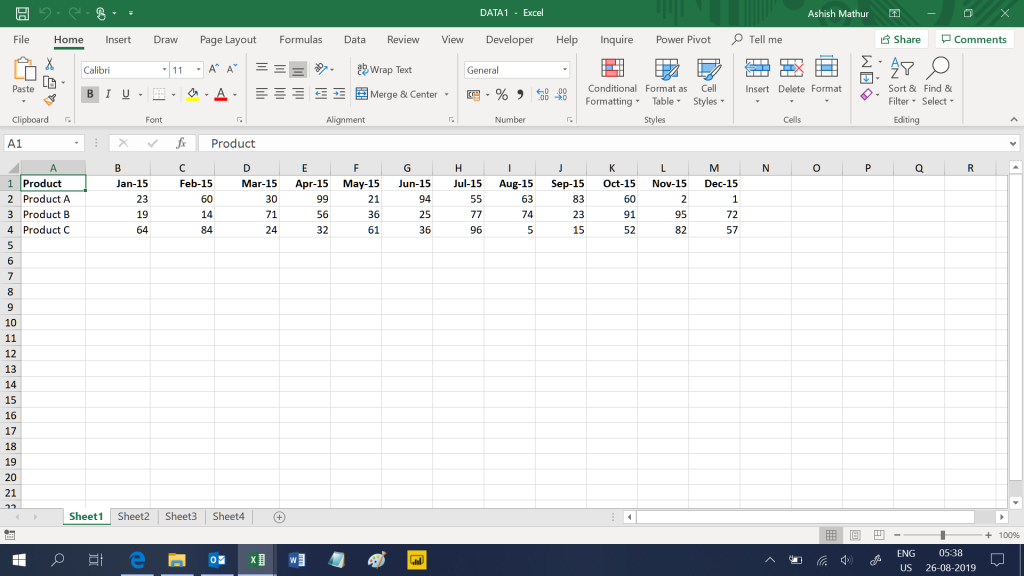 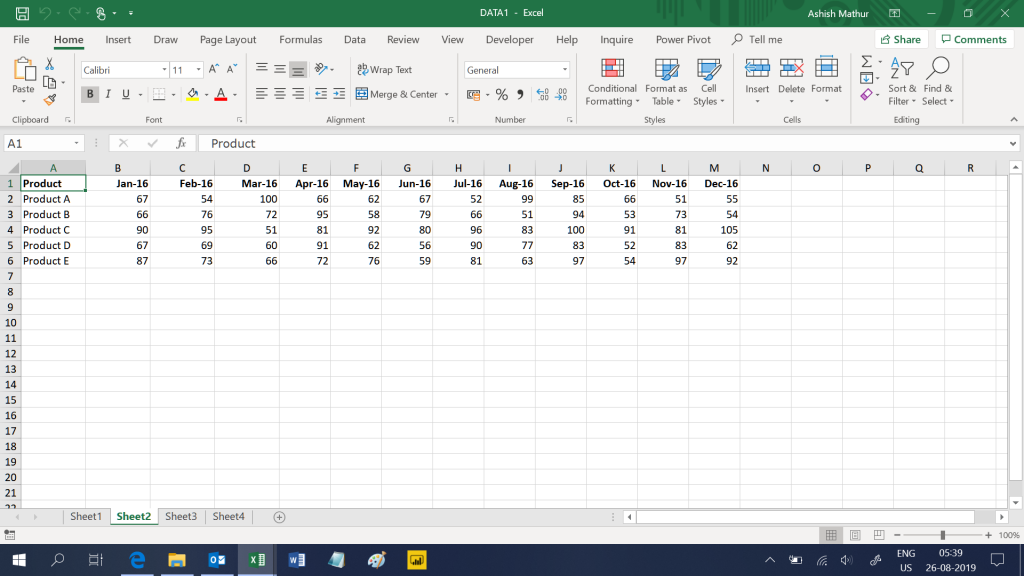 The objective is to append data from all worksheet of all workbooks to create a simple 3 column Table – Date in column1, Product in column2 and Value in column3.

The solution should be dynamic enough to accommodate the following:

This question would have been an easy one to solve had the headings on all worksheets of all workbooks been the same such as Month1, Month2, Month3, Month4 etc.  In that scenario, the technique shown in this YouTube vide would have worked very well.  However, since the headers on each worksheet of each workbook are different, this technique yields an unexpected result (shown below) – Please note that I have not used the Table.PromoteHeaders([Data]) command as described in the video because that would take away the row with dates i.e. row1, row5, row11, row16.  If I do not run that step, I get the output as shown in the image below.  The dates appear as part of the Data rather than being identified as headers.

I have solved this question using the Power Query Editor.  You may download my source data from here and solution workbook from here.